by Brianna Crandall — September 3, 2021 — Eden Workplace, provider of a complete suite of workplace software for the modern hybrid company, has just released findings from the latest survey in its Return to Office series. Following the technology company’s February 2021 report, this edition marks its first analysis of U.S. office workers’ real-time sentiments following their Covid-era reentry to the workplace either full-time or in a hybrid capacity. The data finds that more than half (62%) of office workers who have already returned to the office would prefer a hybrid work environment on a permanent basis moving forward.

Conducted by Wakefield Research, the survey involved 1,000 nationally representative U.S. full- and part-time office workers from July 21 to July 27, 2021, who returned to the office at some point during the prior one to three months. 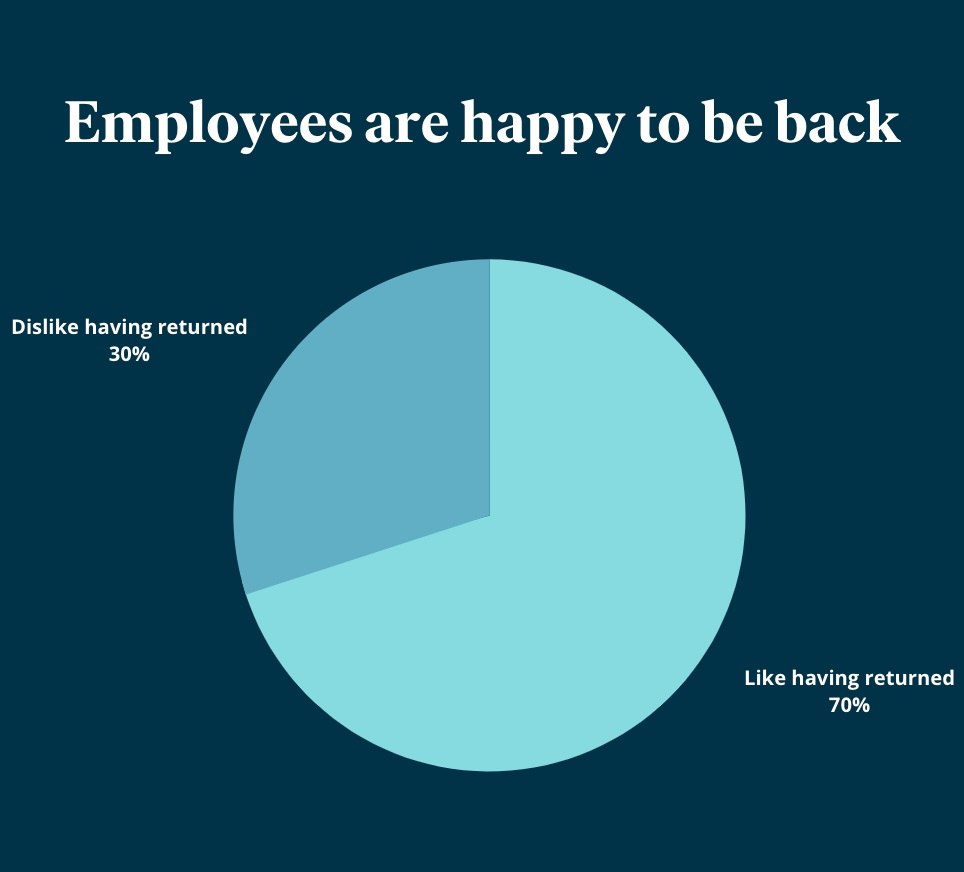 The data shows a couple things conclusively: a healthy majority of people are enjoying their return to the office, and that the future is hybrid. That said, only a minority of people gave their employers an “A” for their return-to-office execution, finding their employers lacking on a couple key fronts. For one, a majority of office workers want their employers to protect them by making vaccinations mandatory, yet only a minority of companies have done so. Additionally, today’s workforce wants their employers to use best-in-class tools and processes, as the new hybrid workplace requires a new suite of tools in addition to a more flexible and progressive mindset.

As the U.S. enters the fifth wave of Covid-19, bringing new challenges in particular from the Delta variant, it is clear that the return-to-office situation is fragile and requires constant monitoring for best practices. We hope and believe that employers will consider their team’s best interests as they continue to execute the right way to return. While it is clear that a vast majority of team members want to be able to return to the office, the health of our communities must come first, and we are seeing companies be extra thoughtful about the right way to navigate this storm.

Based on the respondents, results showed more than half (62%) of recently returned employees want a hybrid work environment on a permanent basis moving forward. However, 23% have proven to be diehard office fans, wanting to return five days per week, while 15% want to be fully remote. Overall, the survey finds 85% of employees prefer working in the office in some capacity, verifying the February 2021 Eden Workplace Return to Office Survey, which also reflected that 85% of US information economy workers looked forward to returning to the office in some form at the start of this year.