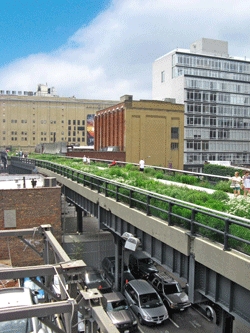 by Shane Henson — November 9, 2011—Green roofs and walls are fast becoming an innovative and aesthetically pleasing way to make buildings more sustainable, offering stormwater management, improved air quality, and spaces for new amenities as well as moderating the urban heat island effect. Leaders in the design and construction of these unique constructs were recently recognized through the Green Roofs for Healthy Cities (GRHC) 2011 Green Roof and Wall Awards of Excellence.

The awards will be presented at the CitiesAlive: 9th Annual Green Roof and Wall Conference at the Sheraton Philadelphia Downtown Hotel in Philadelphia, Pennsylvania on Friday, December 2.

Investing in your building through environmental, social and governance June 25, 2020 In "Magazines » BOMA"

After a record-breaking year for the solar industry, how will COVID-19 affect your project? April 6, 2020 In "Surveys and Trends"

Maintaining your assets over 50: The legacy of lead-based paints and the evolution of sustainable coatings March 4, 2020 In "Sustainability » FEA (Facility Engineering Associates, P.C.)"

See how this sensor solution can let drivers know when your electric vehicle charging points are vacant October 9, 2020 In "Products and Services » Software & Technology"