by Stormy Friday — There is no other way to begin an article on effective feedback than to state its basic, underlying premise upfront. Effective feedback is a cornerstone of successful leadership, and the responsibility for its success must be a top priority for facility managers. 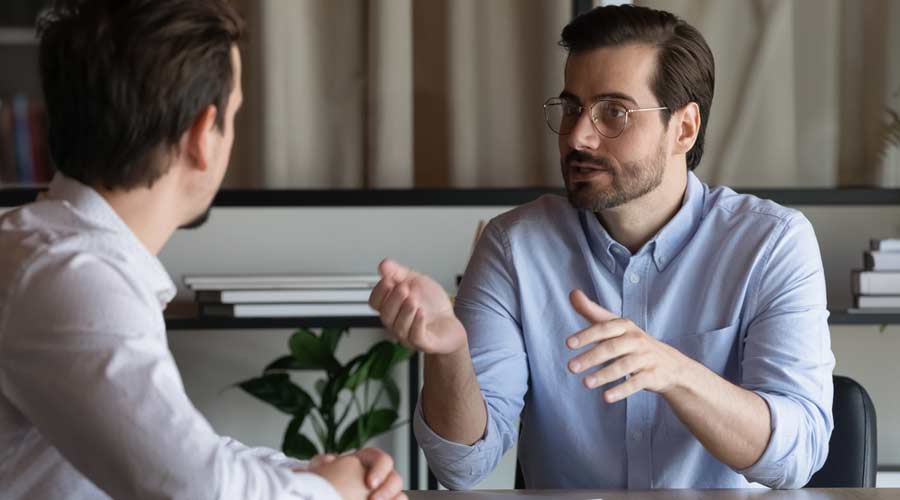 Effective feedback is a cornerstone of successful leadership, and the responsibility for its success must be a top priority for facility managers. Image courtesy of fnPrime

From the moment a facility management professional assumes a leadership role, providing feedback to staff must become a regular agenda item. Feedback is the most direct and powerful tool a manager has in a leadership toolkit. It can cement the bond between employees and managers, strengthen overall staff performance, and preserve the organization’s culture.

There is nothing scarier for staff than to be summoned to the manager’s office for the dreaded annual performance appraisal. This is a particularly daunting experience if there has been limited or no conversation throughout the year.

Feedback to staff needs to be an ongoing activity, not an annual event. For it to be effective, there must be an underlying foundation of trust between the staff and the manager. This layer of trust must be established the moment an individual assumes responsibility for direct reports. Forming a trust relationship paves the way for open and honest dialogue about how well staff is performing and actions that need to be implemented to bolster or correct performance issues.

Human Resource consultants advocate providing feedback immediately after an event occurs for it to have the most significant impact. Feedback can be as informal as a phone call to congratulate an individual on successful completion of a project, or it could be an impromptu virtual meeting to report on customer input from a service issue that was positively resolved.

While informal, in-person feedback achieves the best results — even a quick email or text message to thank staff for a job well done is better than no feedback at all. Less than positive feedback, however, always should be handled through an in-person conversation.

Feedback to staff is an ongoing activity, not an annual event

Opportunities to publicly showcase staff success with peers, senior management and customers can provide a rich feedback scenario, assuming facility management staff feel positive about public recognition. Praising the team on internal websites and at corporate gatherings has been mentioned by facility staff as some of the most successful forms of feedback a manager can provide. This could be for implementing a new system that streamlines customer interaction or reduces overall costs. Again, the public accolades should only be done if staff welcomes it. For some staff members, private praise rather than a public announcement is a more desirable form of feedback.

Guidance on frequency of formal feedback sessions varies with the number of direct reports a manager has, the experience of the staff, the sophistication of self-directed work teams, and the overall corporate environment. At a minimum, Human Resource consultants recommend sessions with seasoned, individual staff and teams of individuals that work together on a regular basis, take place every two weeks and weekly meetings should occur when staff is new to the organization or the work group.

These sessions should not be billed as “performance review” sessions, but opportunities for general conversation that include discussions about planned versus actual results and action items that have been created in previous sessions. Additional feedback sessions that are longer and detailed should occur with seasoned staff on a quarterly basis. New staff should spend time with managers monthly.

Preparing for a feedback session takes work and should not be a hurried afterthought. Preparation for the meeting requires a review of what was discussed at the last session, what issues and concerns emerged, and what actions were agreed to by both parties. According to the CEO of an employee performance management company 15Five, only about a third of staff believe the feedback they receive is helpful, mostly because it consists of unsolicited advice rather than constructive and substantive dialogue about actual performance.

A productive feedback session is one that is mutually beneficial to staff and managers. Although there are times when feedback is not always positive, it is mandatory to have specifics, so an employee is not confused by the message or feels the manager is giving mixed signals. Every formal feedback session should be structured such that there is a dialogue about positive performance actions and one where specific areas of concern are addressed. Whenever a documented concern is expressed — late deliverables, negative customer feedback, lack of a solution to a problem — there should be an accompanying corrective action presented for discussion with the employee.

Managers that use the approach typically feel it is a way to soften the impact of negative feedback and an easier way to deliver the news. Staff on the other hand often say it builds tension and confusion because they do not pay attention to the initial praise knowing that criticism will follow. The last positive feedback phase is all but forgotten as the staff focus on the criticism sandwiched in between.

A “Harvard Business Review” article cites the feedback sandwich approach as undermining the trust relationship between staff and managers as it lends itself to a reactive leadership approach rather than a proactive coaching approach that feedback is designed to foster.

Instead of using the feedback sandwich approach, managers should start the session with solid praise, then move into issues and concerns, and close with the “what’s next” actions. How a manager communicates both the praise and concerns to staff sets the tone for meetings and the extent to which the trust relationship is secure. Delivering the message during a feedback meeting is a delicate balance between making staff feel good about positive aspects of their performance and their acceptance of changes proposed by the manager without being discouraged.

Human Resource research shows that staff members grow the most when their strengths are recognized initially during a feedback session. Managers that have developed a good formula for providing feedback identify the opening message as the key to a positive feedback experience. These managers begin their conversations with praise for an outcome staff have accomplished and punctuate their remarks with specific references to performance metrics and how they were successfully met. References to customer feedback also strengthen this portion of the discussion and reinforce the importance of customer input to the individual’s or team’s success.

The discussion should not end after praise has been awarded to the staff. Even outstanding performers become stifled if they are not challenged to stretch and hone their skills and abilities.

The last portion of the feedback session should focus on corrective action or a plan for further staff development. Particular attention should be paid to what the plan looks like.

All too often the plan is so cumbersome it gets in the way of staff progress. If the plan has too many goals and objectives, or requires too many staff actions before the next meeting, the feedback sessions become a chore and staff struggle to make sure they have checked all the boxes before they meet with their manager again.

If the plan involves corrective actions or new opportunities to display acquired talent or skills, it should only consist of items that both parties agree are doable and achievable. Both the manager and the staff need to end the session with confirmation that the activities are mutually agreeable.

Nothing good comes from a feedback session where the manager monopolizes the conversation. Feedback means exactly what it sounds like — feeding back and forth — which requires an interactive conversation. Often staff will enter what is called the “safe silence” zone which means they listen to what a manager has to say but provide little or no response. For some staff that do not have a secure and trusted relationship with a manager, safe silence makes it easier for them to get through the feedback session.

Staff must feel the trust relationship is sufficiently secure for them to air their concerns and issues. It might mean a manager will hear things that are uncomfortable — insufficient direction on performance expectations, too much oversight for a high-performance team on a project, lack of inclusion in meetings with corporate executives or customer groups — but these issues need to be aired, and managers must allow sufficient time in their sessions for all parties involved to speak.

There is no question that a strong correlation exists between the exchange that takes place during feedback sessions and the employee sense of engagement. Issues and problems should be discussed and plans for resolution agreed upon before they escalate to workplace conflicts. At the same time, when positive feedback occurs, staff feel energized and valued because their work has been recognized and praised. Interactive feedback means a manager has successfully laid another cornerstone in the foundation of a productive, healthy, and involved organization.

STORMY FRIDAY is founder and president of The Friday Group, an international facilities services consulting firm. She is a member of the ProFMI Commission, a governance body that serves as an advisory committee for the Professional Facility Management Institute’s (ProFMI) activities.